A Modern Woman: Celebrating the 100th Anniversary of the Christy Girl 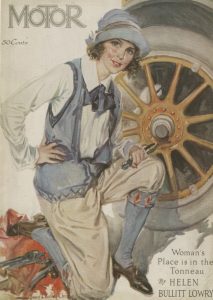 Artist Howard Chandler Christy (1873-1952) came onto the scene of American magazine and book illustration just as it exploded into the twentieth century. His images of the ideal American woman became wildly popular in homes throughout the country.

Given her name with the publication the book The Christy Girl in 1906, she celebrates her one hundredth birthday this year. Drawn from the extensive collection of Christy illustrations in Lafayette College’s Special Collections, this exhibition focuses on the development of the Christy Girl at a time when women’s roles were shifting in new directions. The Christy Girl’s independence, athleticism, intelligence, and natural beauty became a model for the modern middle-class American woman.