Alchemy of the Planets: A Collaborative Artist’s Book 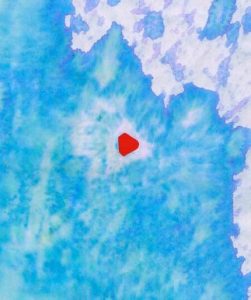 Limited edition book published by Old School Press consists of twelve accordion-fold portfolios, each devoted to a planet or planetary moon, beginning with Mercury and traveling out to Pluto. Recent missions to space including New Horizons that provided the very first close-ups of Pluto in 2015 and Cassini-Huygens to Saturn in 2016 have revealed a wealth of new images that have stimulated the artistic imagination of artist Philip Hughes and poet Carmen Boullosa. Hughes’s illustrations are based on images of the planets and their moons which the latest space missions sent back. The poems explore the mythology associated with these celestial bodies and describe what Boullosa interpreted in the artistic images. Simon Room, February 1 – July 31, 2019