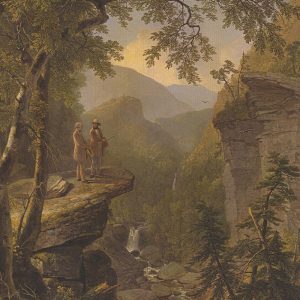 The winter of 2008 marked the publication of Promised Land: Thirteen Books that Changed America by poet, novelist, critic, and distinguished Lafayette alumnus Jay Parini ’70. According to Parini, these are “works that helped to create the intellectual and emotional contours of this country.”

The exhibit looks at the publication history of Parini’s thirteen, and includes early and later editions of the works, coupled with Parini’s commentary. Some of the choices will seem obvious, such as The Federalist Papers, Walden, and Uncle Tom’s Cabin, but others less so, for example The Promised Land, How to Win Friends and Influence People, and The Common Sense Book of Baby and Child Care. Jay Parini will deliver the 2009 Schlueter Lecture in the Art and History of the Book on October 14.